Fela Anikulapo Kuti was a world renowned icon of the Afrobeat music and the super star with a super voice for the masses. He was a prophet of some sort as his songs sounded warnings of things to come in a Nigeria that was thought to be advancing towards a better tomorrow. He was not only vocal about the impact of bad government on the people, but also about the inequalities and injustices witnessed in society. From Unknown Soldier to Zombie and the likes hit tracks from his songs, there was a display of courage, and a determination to stand and fight for the truth irrespective of the consequences.

The recent events of the #EndSARS protest in Nigeria threw up many voices speaking about injustice and inequality in Nigeria, but one of those voices stood out in the person of Folarin Falana aka Falz which is reminiscent of the great Fela. Falz was not just a voice that emitted annoyance and frustration at the condition of the country, especially when it came to police brutality and extrajudicial killings, his voice was purposeful and carried a great deal of intelligent arguments

.
If one was to bet online on the possibility that Fela’s spirit is incarnated in Falz, the odds may tilt in favour of a yes to this assumption. Fela and Falz are similar in more ways than one. First they are both from well respected families in Nigeria. Their mothers share the same passion with Chief Funmilayo Anikulapo Kuti was known to be an outstanding women right activist while Mrs Funmi Falana is also a passionate women right activist and successful legal practitioner. Fela opted to abandon his study of Medicine in London for a pursuit of music at Trinity College of Music; Falz studies Law in a London University but opted for a career in music. The two music super stars have distinct signatures to their tunes. While Falzs is not the kind of Icon Fela is globally, he is still young and working his way to that height.

Falz’s has always been known to be a crusader for social justice as evident in the lyrics of some of his hit songs, but the #EndSARS protest gave the world a glimpse of his other side as a fighter as he was constantly on twitter voicing his mind on issues that needs to be addressed for us to have a better Nigeria. His interview with CNN’s Christian Amanpour was just as revealing.

According to Falz as posted on his Instagram page, “We will never forget the heroes that have been unlawfully slain. This is for them. For every single Nigerian life snatched away unlawfully, we must make sure we get justice. Almost two years since I released the audio. Even more disturbing to think that as time passed, the message became more relevant.’’

The song which was originally released last year, precisely on the 15th of January in the “Moral Instruction” album, sampled Fela’s 1977 hit “Johnny Just Drop”. 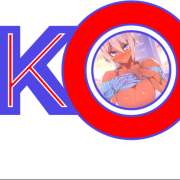